For the last few years, Woody has been the supporting act for Hacienda Classical, an orchestral show celebrating the legacy of the legendary Hacienda Nightclub. On July 6, the show made its way to the Royal Albert Hall where the turntablist put his skills on full display.

Watch his set above. 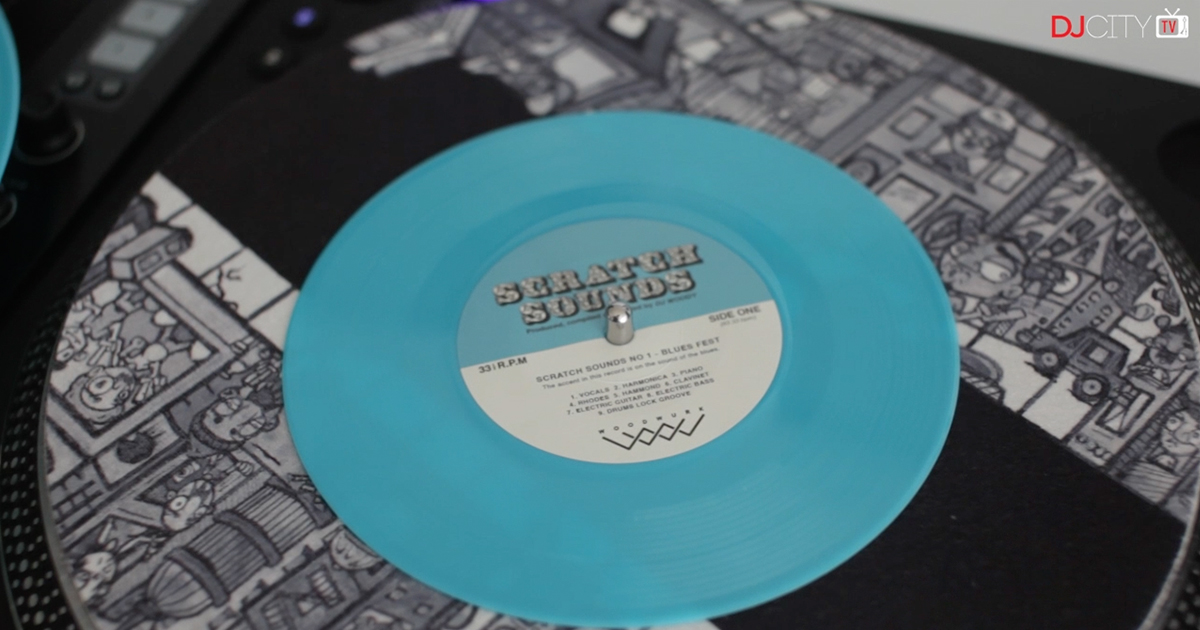 Battle Avenue director Antriks is back with a new episode of DJcityTV’s Fresh Press. This time around, he reviews DJ Woody‘s vintage-style scratch record, Scratch Sounds No. 1.

Woody worked with a team of musicians to produce the scratch sentences on the record, which were recorded live. It was released through his label, Woodwurk Records, and is available on both 12-inch and seven-inch vinyl. As the world of turntablism continues to grow, DJs seek new ways to push the boundaries of scratch records. UK turntablist DJ Woody has done just that with his Flexicuts series. Released through his label Woodwurk Records, it is the first skip-proof scratch tool pressed on the flexible material known as flexi disc.

On the third episode of DJcityTV’s Fresh Press, Battle Avenue director Antriks tests out the fourth Flexicuts release with the help of Woody and his Grind Strip device.

Flexicuts 4 is available at Mega DJ Center (US) and Wordwurk’s website (global). DJ Woody has shared a video of himself scratching over BocaWoody’s single, “Freeze.” BocaWoody is a collaborative project between him and fellow UK DJ/producer, Boca 45.

“Freeze” is the second single off the duo’s debut album, Carousel, which dropped in April. It’s now available on 7-inch vinyl here. DJ Woody‘s performance on the MikiDz Show on Monday night was only 28-minutes long, but there’s a good reason for that. The legendary turntablist performed an incredibly technical and intricate set, which included original tracks and some of his most popular routines.

After his performance, Woody spoke with hosts MikiWAR and DJ Dainjazone about his beginnings as a DJ, touring with Lootpack in the early ’00s, and other topics.

Watch Woody’s set and interview below and download the audio on iTunes. DJ Woody with the audience Famous for pushing the boundaries of turntablism, Woody has been dubbed by DJ QBert as a “genius” and by Hudson Mohawke as “the best DJ in the world.” He won the ITF and Vestax world championships in 2001 and 2002, respectively, and co-designed the Vestax Controller One turntable a couple of years later.

Woody has since released dozens of acclaimed videos and performed showcases at DMC and IDA world championships. He is also a skilled producer and is set to release his debut solo album in October. Award winning turntablist DJ Woody is set to release his debut solo album, The Point of Contact on October 10. The 12-track LP combines elements of hip-hop, jazz-rock, Britcore, psychedelia, and electronic in what Woody jokingly refers to as “prog-hop.”

“[The Point of Contact] is about the transient nature of our own perception and what that brings to our experience,” Woody says.

The project follows Woody’s and Boca 45’s EP, BocaWoody NW/SW, which dropped in May.

Stream “Get Down” below and pre-order the album on digital and vinyl here and here.