“Teeko is a constant innovator, one of the rare DJs who pushes boundaries of what turntables can do musically,” A-Trak has said. Shortkut has described him as “one of the few people that’s doing what I envisioned what the next step in turntable music would be.” Back in September, San Francisco turntablist Teeko delivered an innovative performance for Revolt TV’s “1s and Tuesday” segment. The video has since become the show’s second most-viewed routine and now Teeko has returned to showcase his impressive talents for A-Trak’s revered “Short Cuts” series. Watch below as he live remixes A-Trak and Milo & Otis’s “Out the Speakers” with a Vestax Controller One turntable, Native Instruments Z2 mixer and F1 controller, and Sequential Six-Trak synth. Teeko’s performance last week on REVOLT’s “1s and Tuesday” was truly one-of-a-kind. Joined by a member of his own electronic funk band B. Bravo, the San Francisco DJ/producer delivered three-and-a-half minutes of turntablism meshed with synthesizer funk. Props to Teeko for thinking outside the box and bringing a different vibe to the segment. Last month, San Francisco’s Teeko threw down an impressive set for Boiler Room packed with originals, collaborations, and live remixes. The 45 minute performance was further proof that his controllerist skills are on the level of masters such as Enferno and Shiftee.

For those who don’t know, Teeko was a co-designer of Vestax’s Controller One turntable. He was also featured in DJcityTV’s San Francisco episode of the “Cutting Room” last October. 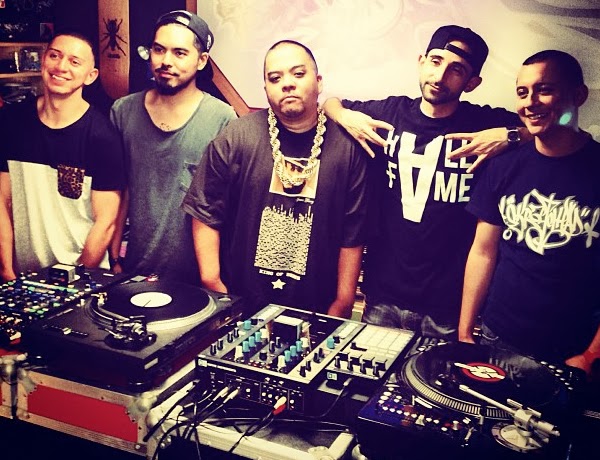