Verzuz has evolved from a fun way to listen to hit songs on Instagram Live during quarantine into “a cultural institution [reviving and sparking] new interest in hip-hop and R&B’s legacy songs and artists.” This quote is pulled from the latest edition of Billboard Magazine, which features the Swizz Beatz and Timbaland co-created concept as its cover story. However, most powerful to consider regarding Verzuz’s future is the impact of the event-related popularity surge known as the “Verzuz Effect.”

Verzuz’s explosive potential is transforming key areas of the music industry. April 20’s Teddy Riley vs. Babyface battle resulted in a 115% increase in on-demand streams for both artists combined. Babyface also saw both his Instagram followers jumped from 300,000 to 1 million, plus an increase in sample clearance requests.

Recently, the impact has moved past Instagram and solely streaming music platforms. For new Verzuz partner Apple Music, Verzuz’s placement there has resulted in a reported over half a million concurrent views for each battle, the most-watched of any livestreams held on the platform.

Also, since Memorial Day, Diageo — Ciroc vodka‘s parent company — has signed on as a multimillion-dollar sponsor. Moreover, as also revealed in Billboard, if artists endorse, Apple Music, Diageo’s liquor brands, or any of the other forthcoming potential sponsors, Verzuz will offer artists payment for their battle time.

Already, Verzuz has — via Apple and Diageo — brands worth a Forbes-estimated $1.4 trillion already on board. What has developed during a global pandemic and one of the most shocking eras in the history of modern music is clearly impressive.

Latin and African pop-specific Verzuz battles are reportedly also on the horizon. Key to note here is Apple Music’s recent desire to engage in expansion in the African marketplace. As well, “Latin Music Is Growing Faster Than Overall U.S. Music Market” reads an April Rolling Stone headline. Attaching Verzuz to that growth could have gigantic possibilities, especially for that culture’s classic reggaeton, bachata, and salsa superstars.

“People need to be educated and celebrated. That’s why we say we’ve got a long runway with this thing,” Swizz Beatz notes. Creatives playing music hits over poor Instagram Live connections in the name of avoiding boredom has blossomed into a trillion-plus dollar industry. The “Verzuz Effect” has, and will continue to yield radical, industry-shifting consequences.

Interested in hearing a few classics from the Verzuz battles? Check out Beatsource‘s “Versus Series” here. Lil Wayne has shared the video for his Swizz Beatz-produced hit single, “Uproar.” The track, which peaked at No. 7 on Billboard’s Hot 100, has close to 30 million streams on Spotify.

The visual shows various people taking part in Wayne’s #UproarChallenge dance. It features cameos from Swizz himself as well as comedian Shiggy, the creator of the viral dance.

“Uproar” is the lead single from Wayne’s twelfth studio album, Tha Carter V. The project debuted at No. 1 on the Billboard 200 in September.

Watch the video above and download “Uproar” on DJcity. DJ Snake has dropped a futuristic (and bootylicious) visual for his 85 BPM heater, “The Half.” The track, which features Young Thug, Jeremih, and Swizz Beatz, was one of DJcity’s most downloaded songs of 2016. DJ Snake has dropped “The Half,” the latest single off his upcoming debut album, Encore, which arrives on Friday. The track features Young Thug, Jeremih, and Swizz Beatz and is the first hip-hop-oriented single off the album. Stream below and download on DJcity. 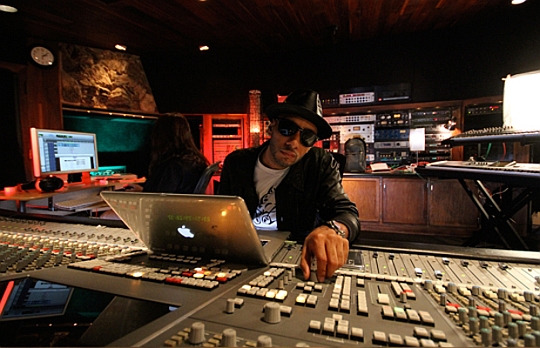 Grammy-award winning hip-hop producer Swizz Beatz recently spoke with Power 105.1’s The Breakfast Club about the importance of being a business owner. The extensive interview contains insights that both artists and industry professionals can benefit from.

During the interview, Swizz urged artists to start businesses so that they can control their music and culture. He cited Dr. Dre’s recent sale of Beats to Apple as an example:

Swizz also discussed why he hasn’t released music lately, the current state of hip-hop and more.