Pensado’s Place is on a roll. Following their episode with DJ Mustard two weeks ago, the show is back with another heavyweight hip-hop producer, Hit-Boy.

A California native, Hit-Boy is best-known for co-producing Kanye West and Jay Z’s “N#ggas in Paris,” Kanye West, Jay Z, and Big Sean’s “Clique,” and Lil Wayne and Eminem’s “Drop the World,” all of which have been certified platinum or higher. He also co-produced Beyonce’s “Flawless,” Drake’s “Trophies,” Kendrick Lamar’s “Backseat Freestyle,” among others.

Aside from all the production knowledge, one of the best things about Pensado’s Place is that it shows the personal side of producers and their journeys. The conversations are also almost always inspirational and Hit-Boy’s is no exception. 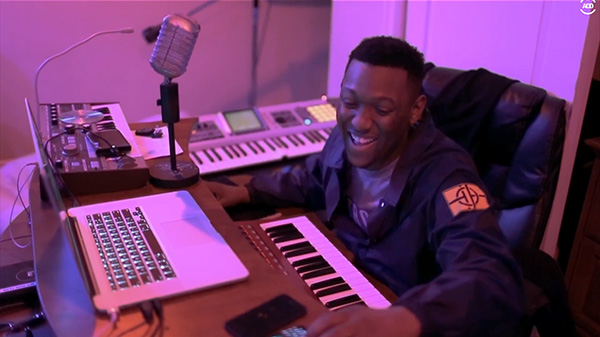 California’s Hit-Boy aka Chauncey Hollis is best known for producing Kanye West and JAY Z’s “N#ggas in Paris,” Kanye’s “Clique” and will.i.am’s “Scream & Shout.” Building on his previous success, the California-based producer and rapper is now prepping a forthcoming collaboration project “We the Plug” in addition to his debut solo album.

It wasn’t an easy path to success for Hit-Boy though. In a new video from All Def Digital, the Grammy-winning producer shares his story of struggle and triumph which many up-and-coming artists will find inspiring. He also describes the vision behind his Interscope-affiliated label HS87 and what to expect from him in the future.