Henry Fong sits down with DJ Spider on this week’s episode of the The 20 Podcast. The Florida native hitting Beatsource’s top 10 chart with his house heater “Jump Up,”

Henry Fong is a DJ/producer from Florida who’s known for his eclectic blend of electronic, Caribbean, and Latin sounds. He has collaborated with heavyweights such as Hardwell and Deorro and has received support from stars like DJ Snake and Skrillex. Rising DJ/producer Henry Fong was recently featured on Pensado’s Place, one of the best YouTube channels about music production. The Florida native discussed a wide variety of topics with host Dave Pensado, including his approach to DJing, the current state of EDM, his production techniques, using SoundCloud effectively, and more.

Watch the full interview above (it begins at the 3:20 mark). 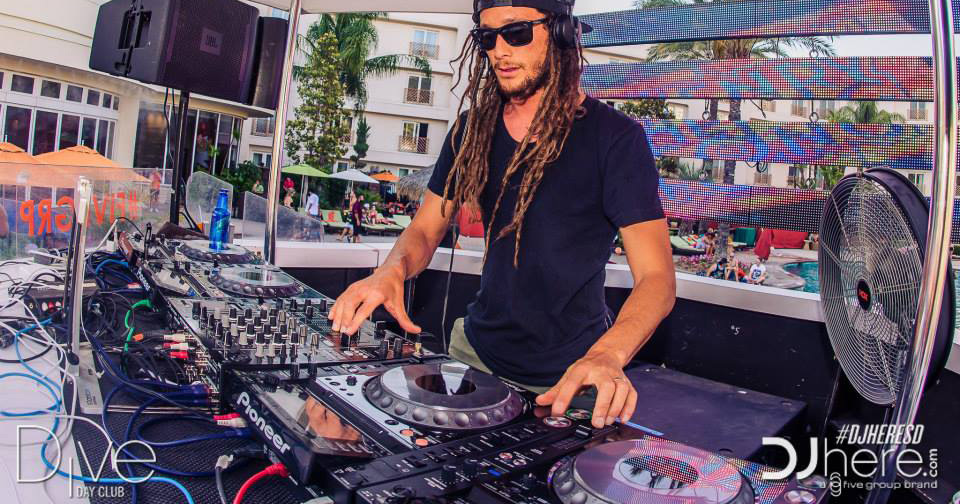 Rising house DJ/producer Henry Fong has teamed with NYMZ for a twerk remix of The Weeknd’s “Can’t Feel My Face.” For those who don’t know, NYMZ is one-half of Milo & Otis.

The 108 BPM rework, which is unusual for Fong, features much of The Weeknd’s original vocals over a completely new and bass-heavy instrumental.

The original version of “Can’t Feel My Face” is currently the most Shazamed song in the US and number two on Billboard’s Hot 100.

Stream the remix above and download it on DJcity. Henry Fong is best known in the EDM world, but the rising DJ/producer began as open-format DJ, and his versatile influences are often heard in his tracks. Fong’s latest remix is a prime example, as the Florida native updates Quad City DJ’s Miami bass classic “C’mon N’ Ride It (The Train)” just in time for festival season. Stream and download the electro and breakbeat-influenced rework below. The Florida native said in a Facebook post that the style is popular because it’s based on melodies and people relate to that, especially the younger generations. He also said comparing it with underground deep house and techno is pointless.

Fong, who’s known for his high-energy productions, has been on the rise over the last year. He’s toured with Tommy Trash and performed at festivals including Ultra, EDC, Electric Zoo, and HARD Summer.

Read his full comments below.

“Still not sure why some of the underground deep/techno guys are still hating on the mainstage EDM. It’s pretty simple as to why it’s more popular, and why it’s played on the mainstages. It’s very melody/riff based. People relate to melodies, and can sing along. I’m not saying techno or deep house doesn’t have melody at all, some of it does, but a lot of proper techno has very dark driving basslines with some percussion and isn’t based around a hooky or apparent melody. Oliver Heldens is killing it right now because he makes the groovy stuff but really focuses his tracks around the melody. Both genres have their own feel, and thats ok. People go through different feelings at different times of their lives, and different music accompanies that. I’ve been front row at an Afrojack show going nuts before I did this as a career and I had a great time, then you grow older and your musical tastes morph as you age. Its not really fair for some bitter 40 something year old DJ to be passing judgement on an 18 year old dancing at the mainstage of a big festival, the 18 year old is clearly at a different point and wants to hear more upbeat party oriented music. It’s like a stepping stone to other genres of dance music later on. Comparing the two is like comparing apples and oranges, and you’re just wasting your time. To be honest, I think its pretty awesome when you hear ‘Tremor’ played at a festival and everyone starts chanting the melody, it’s an incredibly catchy melody, and trust me it’s not easy to write one like that. Why does that deserve hate from a DJ from another genre who claims to be preserving the roots of dance music, when the root of dance music is the MELODY!!”

For those curious about Fong’s background and production philosophy, check out this interview we did with him in early 2014: Rising DJ/producer Henry Fong launched a label this week, Banzai Recs, and the first release is one of his own productions.

Titled “Le Disco,” the track combines elements of Melbourne bounce, electro house, funk, and as its name suggests, disco. Supporters include Dyro, Dannic, Laidback Luke, Will Sparks, Uberjakd, among others.

Fong wrote on his Facebook page: “I’ve always wanted my own platform that I have full creative control over, that also really defines my sound. Sometimes I don’t want to feel pressured to make records that have to fit the mold of other labels in order to get signed.”

He continued: “We have some great releases already lined up for this year from some talented up and coming producers … I’m always down to support new artists too, so if you guys think you have music you’d want to sign please send demos to demos@banzairecs.com”