DJcityTV’s Mojaxx loves Pioneer DJ’s HDJ-2000 headphones and wears them at all his gigs (except for when he’s reviewing another model, of course).

No product is perfect, though, and there were a few things about the HDJ-2000 that he wanted to fix. Thankfully, Pioneer addressed most of these issues in their latest iteration of the product: the HDJ-2000MK2.

Watch this week’s episode of Tips & Tricks to learn about the new features and why Mojaxx loves the HDJ-2000MK2 so much. For this week’s “Tips & Tricks” episode, DJcityTV’s Mojaxx reviews Philips’ A5-PRO headphones, which were designed by trance legend Armin van Buuren. Watch above to find out if the company’s first attempt at DJ headphones was a success or not. The V-MODA Crossfade M-100 headphones have won various awards and are the preferred model for many famous DJs, but do they live up to the reputation? DJcityTV’s Mojaxx finds out in this week’s episode of “Tips & Tricks.” AIAIAI’s TMA-1 headphones have proved popular with DJs in recent years, thanks to their stylish design and excellent isolation. Today, the company looks expand its reach with the TMA-2, a new modular system that enables buyers to customize their headphones.

DJcityTV’s Mojaxx has been secretly testing the new series over the last two weeks and you can now watch his review in the video above.

Customize your own pair of headphones on AIAIAI’s new website. 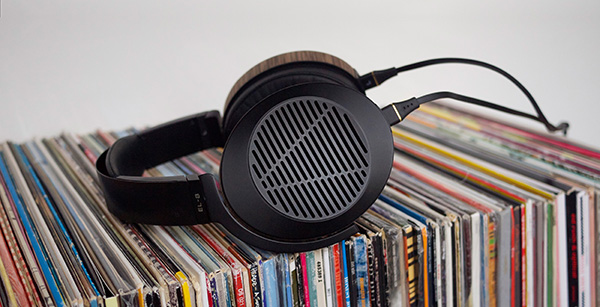 Two weekends ago, headphone maker Audeze had an estimated $250,000 worth of product stolen from their warehouse in Costa Mesa, California.

The company is known for their handmade, high-end products that retail between $700 and close to $2,000 apiece.

Soon after, Audeze posted on their Facebook page that customers “should be very concerned if their headphones do not have a serial number, or the seller refuses to give you the serial number before purchase.”

Furthermore, the company advises customers to verify the serial number on their website before purchasing its headphones from an unauthorized dealer.

They’re also offering a $10,000 reward for information leading to the arrest and conviction of the thieves. If you have any information, contact their investigation team at security@audeze.com.

This article was written with contributions from Nappy. Monster, the co-designer of the original Beats by Dre headphones, is suing Beats Electronics and its co-founders Dr. Dre and Jimmy Iovine, USA Today reports.

A lawsuit filed in Northern California this week says that Lee and Monster invented the technology behind the Beats By Dre headphones. Furthermore, the suit alleges that Dre and Iovine conspired to cut out Monster and its CEO Noel Lee’s involvement, and committed fraud in the process.

HTC invested $300 million in Beats in 2011 before Beats and Monster’s five-year manufacturing and distribution deal ended. In 2013, Iovine and Dre bought back the entirety of Beats, a year before Apple acquired the company for $3 billion.

The suit claims that Beats used its “change of control rights” to fraudulently get the headphones away from Monster. “Had the partnership expired on its own terms, there would have been no transfer of Monster’s ‘Beats By Dr. Dre’ product line.”

HTC and Beats board member Paul Wachter are among the defendants listed in the suit.

USA Today writes: “After severing ties with Monster, Beats was purchased by Apple for $3 billion. But as the Beats co-founders made millions, Monster lost millions from its investment in the rise of Beats, the suit charges. Had Lee retained his original 5% interest in Beats, his total stake in the Beats-Apple deal would have been worth over $100 million, the suit alleges.”

Monster and Lee are asking for punitive damages.