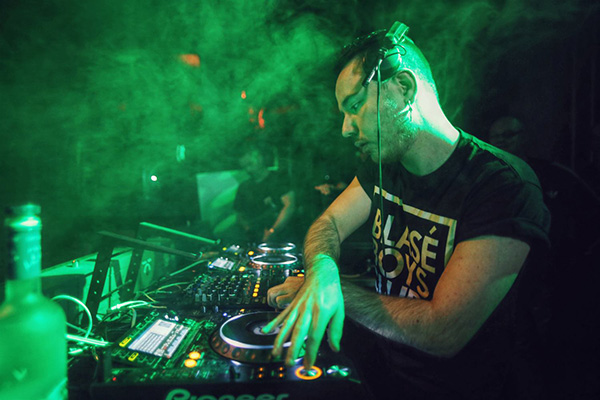 Last November, we shared a list of our favorite deep house tracks to shed light on the thriving scene in the UK. As we move into the second half of 2014, the distinctive and soulful dance music continues to grow worldwide, showing no signs of slowing.

In addition to scoring #1 hits in their homeland, British artists such as Disclosure, Duke Dumont and Clean Bandit are also making waves in the US with Billboard charting singles. The increasing prevalence of the UK sound is welcomed by many DJs and fans alike, especially those looking for an alternative to the big room sound that currently dominates festivals.

Below is a new list that contains our favorite tracks of the moment from UK and UK-influenced artists. The collection includes both hits and lesser-known gems.

Note: some of the tracks are hosted on DJcity’s UK site. You can use your DJcity US login to download them.

Duke Dumont ft. Jax Jones – I Got U

As of today, Dumont’s follow-up to his breakout hit “Need (100%)” is #14 on Billboard’s Hot Dance/Electronic Songs chart. “I Got U,” which features Jax Jones, has also garnered nearly seven million SoundCloud plays.

Few artists score a #1 hit with their debut but Canadian singer-songwriter Kiesza did just that with “Hideaway.” Now based in New York City, Kiesza’s infectious and soulful vocals fit perfectly with the track’s driving bass line.

The 20-year-old first came to prominence as a dubstep producer signed to OWSLA under the name of Dream. Since then, the London native has become one of his country’s top deep house exports with the alias Route 94.

Breach ft. Andreya Triana – Everything You Never Had (We Had It All)

Breach aka Ben Westbeech had his break out hit with “Jack” in 2013. Within a year, the English DJ/producer returned with a second charting single, “Everything You Never Had (We Had It All),” featuring singer-songwriter Andreya Triana.

Clean Bandit ft. Jess Glynne – Rather Be – The Magician Remix

The British Electronic group’s feel-good single “Rather Be” is their most successful to date and currently #9 on Billboard’s Hot Dance/Electronic Songs chart. It’s also vocalist Jess Glynne’s second #1 on the UK Singles Chart within a year.

All About She – Higher (Free) – Grant Nelson Remix

Grant Nelson is considered a godfather of UK garage and his brilliant remix of All About She’s “Higher” transforms the original into a funky 2-step throwback.

Originally released as an instrumental, 19-year-old Oliver Heldens’ “Gecko” has become a staple in club sets for 2014, peaking at #2 in the Beatport chart. Six months later, a new version of the Dutch producer’s hit has been released with vocals from Becky Hill.

Secondcity’s current UK chart-topper is one of the most soulful and well-crafted deep house tracks of 2014. It makes excellent use of Toni Braxton’s 1996 hit “You’re Makin’ Me High” and is on course to become a summer anthem.

With more than 20 million YouTube views and a peak position of #1 in the UK, it’s safe to say that the house remix of Dutch singer Mr Probz’s acoustic track is a success.

The man behind the massively popular remix of Storm Queen’s “Look Right Through” gets one of his own tracks remixed. He was quoted as saying, “Route 94 nailed that remix so perfectly.” Need we say more?