After over five years of Rhythm Roulette, Mass Appeal has finally featured A-Trak on an episode. The series challenges producers to make a beat by sampling three records that they randomly select while blindfolded.

In the video, A-Trak stops by Good Records in New York City to get his vinyl. He then heads to the studio where he cooks up five different sounding beats with samples from all three records. The Montreal native shares some insightful production tips along the way. Atlanta-based hip-hop producer Honorable C.N.O.T.E. has been featured on Mass Appeal’s Rhythm Roulette series. The series challenges producers to make a beat by sampling three records that they randomly select while blindfolded.

C.N.O.T.E. isn’t new to the game though. The Benton Harbor native has been producing since the late 2000s, having worked with artists like Gucci Mane, 2 Chainz, Travis Scott, Lil Uzi Vert, and Rae Sremmurd.

On the episode, C.N.O.T.E. picks up three records from Good Records in New York City and flips them into a soulful heater. 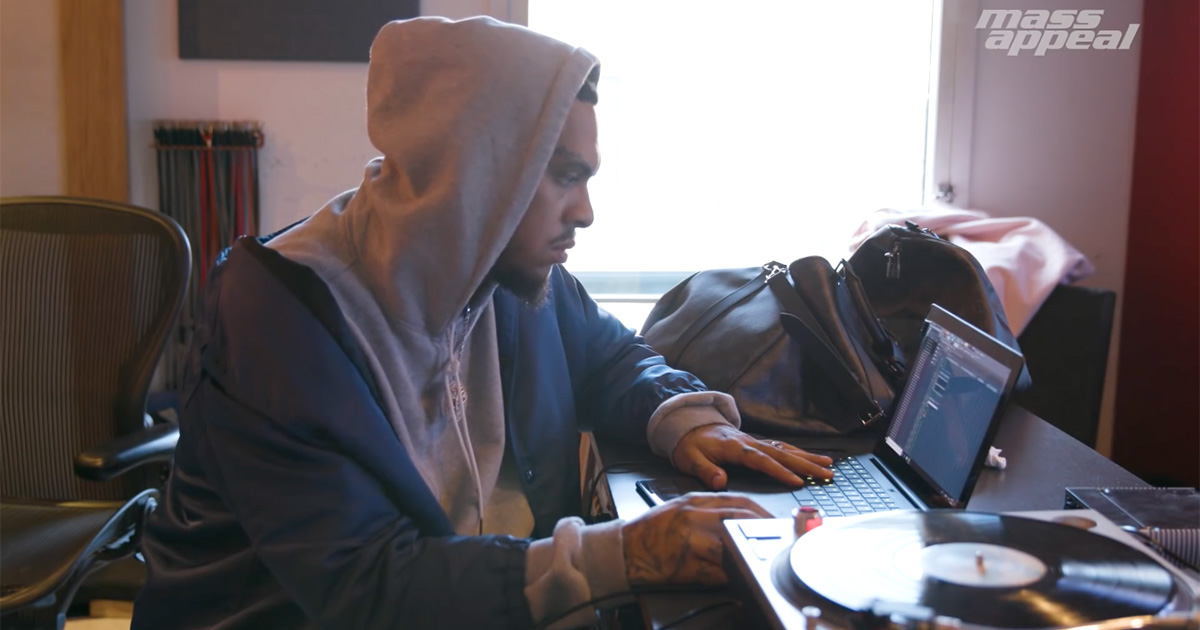 Texas-based producer Cardo Got Wings has been featured in the latest episode of Mass Appeal’s Rhythm Roulette. The series challenges producers to make a beat by sampling three records that they randomly select while blindfolded.

Cardo is off to a hot start in 2018 after co-producing Drake‘s new single “God’s Plan,” which currently sits at No. 1 on Billboard’s Hot 100. He also worked on Migos‘ freshly released Culture II album and recently signed a deal with Def Jam as a duo with rapper Payroll Giovanni.

In the episode, Cardo stops by A-1 Records in New York City to get some vinyl. As he gets going in the studio, he gets a call to tell him that “God’s Plan” was going to debut at No. 1 on the Hot 100. Despite his excitement, Cardo remains focused and delivers a chilled out trap beat. Due to popular demand, Mass Appeal has enlisted big-time producer Boi-1da for its latest Serato edition of Rhythm Roulette. The series challenges producers to make a beat by sampling three records, which are randomly selected while blindfolded.

Boi-1da picks up his wax at Play De Record in Toronto before hitting the studio. The Canadian producer then gets right to work using Serato’s Sample plugin to cook up two beats from two different records.

A seven-time Grammy-nominee, Boi-1da is best known for being one of Drake’s in-house OVO Sound producers. He has also worked with the likes of Eminem, JAY-Z, Kendrick Lamar, Nicki Minaj, and Rihanna. Some of his latest projects include G-Eazy’s “No Limit,” J. Cole’s “Deja Vu,” and five tracks off Belly’s Mumble Rap mixtape. Mass Appeal is back with a new episode of Rhythm Roulette, this time featuring British DJ/producer Mura Masa. The series challenges producers to make a beat by sampling three records, which are randomly selected while blindfolded.

Born on an island named Guernsey, Mura Masa is best known for his A$AP Rocky-assisted single, “Love$ick.” The breakout track appeared on his self-titled debut album, which was released in July. It also featured the singles “1 Night” featuring Charli XCX and “All Around The World” featuring Desiigner.

Mura Masa picks up his vinyl at Good Records in New York City. The 21-year-old then lays down a beat using samples from William Basinski’s 2017 ambient album A Shadow in Time and The Road’s 1971 rock album Cognition. The San Francisco native first heads to Good Records in New York City before hitting the studio alongside rapper Adam Vida. He then delivers two groovy glitch-style beats, only using sounds from the records he picks out. Impressively, one of the samples he chops up is the call of an elephant trumpeting.

Carmack is a member of the production cliques Team Supreme and Soulection. He’s best known for his unique trap-infused sounds, which includes releases on the Mad Decent label. The influential producer has worked with Pharrell, Diplo, Kehlani, and Promnite.