Back in May, Los Angeles-based DJ/producer Deorro announced on Twitter that he was going to quit DJing. The decision was a shock to many, as Deorro has seen enormous growth and success over the last year and shows no signs of slowing.

So why would a 23-year-old who’s on the path to superstardom want to stop touring? Deorro explained his decision in a recent interview while on the road in Germany, and we must say it’s quite admirable. In addition to focusing on his production, Deorro wants to spend more time with his two children and focus on building up the artists on his PandaFunk label.

“Touring has blessed me with everything that I have . . . But now that I have everything I need, I also want to give the same thing to others . . . I’m going to replace myself with ten people that also want the same dream . . . Don’t get me wrong, I love to DJ, I’m gonna miss it. I’m probably gonna miss it two days after I go home but I’d rather miss DJing than my family.”

Deorro also discussed a new studio he’s building, the challenges that come with fame, his love for his fans, and more. Watch the entire interview below: Los Angeles-based DJ/producer ZooFunktion is hosting a remix contest for “Dubai” — a track that combines elements of electro house with Middle Eastern sounds.

ZooFunktion is best-known for his collab with Deorro in 2013 titled, “Hype,” which received support from artists such as Krewella, Hardwell, Steve Aoki, and Dillon Francis. The latest signee to Deorro’s PandaFunk label discusses how he got into producing, how he connected with the Panda fam, the meaning behind his unique name, and more. 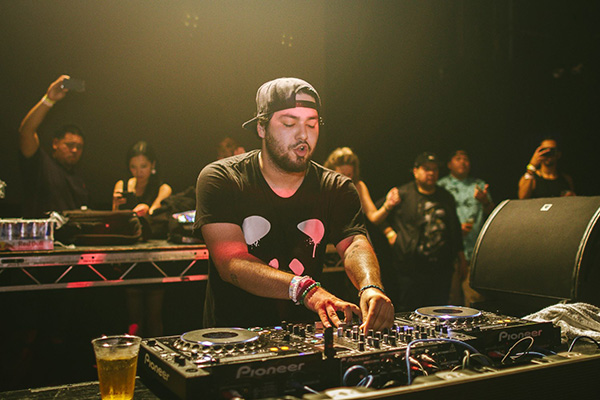 Los Angeles-based DJ/producer Deorro recently stopped by Power 106 to chat with DJ Reflex and Yesi Ortiz. The rising talent discussed touring in Asia with Steve Aoki, artists that he wants to collaborate with, his new single “All I Need Is Your Love” featuring vocalist Adrian Delgado, and more.