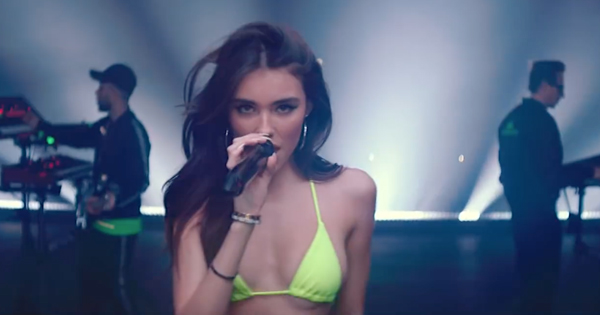 Martin Solveig and Jax Jones‘ side project, Europa, has released a follow-up video for the debut track “All Day and Night” featuring Madison Beer. In the “late night session” video, the trio pays homage to old school rave culture, performing the song in a warehouse alongside a laser light show.

“All Day and Night” has reached No. 12 on the UK Singles chart, and was one of DJcity’s most downloaded tracks of April.

Related: R.O.A.D. Podcast: Does Marshmello Have a Clone? Following the release of his latest single “Breathe,” English DJ, producer, and songwriter Jax Jones has returned with a video for it. The uptempo track, which features Norwegian singer Ina Wroldsen, was DJcity’s fourth most downloaded song of December. It follows his single “Instruction” featuring Demi Lovato and Stefflon Don.

Filmed in London, the visual finds a pair of dancers performing in various locations, including the Natural History Museum.

Watch the video above and download “Breathe” on DJcity. English DJ, producer, and songwriter Jax Jones has unveiled a video for his UK hit single, “You Don’t Know Me.” The song, which features emerging singer-songwriter, RAYE, was DJcity’s 23rd most downloaded track of December.

Jones came to prominence in 2014 after he co-wrote and co-produced Dumont’s single, “I Got U.” He has since co-written singles like Dumont’s “Ocean Drive” and Tinie Tempah and Tinashe’s “Text from Your Ex.”

Watch the visual above and download “You Don’t Know Me” on DJcity.

Related: Watch Bruno Mars’ ‘That’s What I Like’ Video