Fong Fong, the 2012 DMC Online World champion, is known for making innovative routines. For his latest video, the French DJ recreates and scratches over his remix of La Grande Table’s electronic track, “Out There.” The drum samples, which mimic a darbuka, are made by tapping on his Reloop RP-8000 turntable and Ortofon Concorde QBert cartridge.

Watch the creative routine above. In February, former DMC Online champ Fong Fong launched a Kickstarter campaign for his innovative scratch device, the SliderKut. The product garnered a lot of attention, so we sent Mojaxx to France to get an exclusive first look. 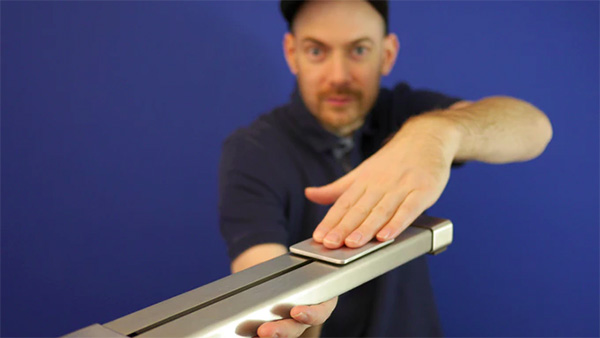 France’s Fong Fong and Mart One showcase incredible skills in a new and humorous scratch routine. Sharing two Reloop RP-8000 turntables and a Rane Sixty-Two mixer, the duo throws down for two minutes over an instrumental by rising trap producer, UZ. You might recognize the Rob Base vocal sample, which was also used in Snoop Dogg’s 2009 hit, “I Wanna Rock.” With the IDA 2014 World DJ Championships going down this Saturday (December 6), DJ Tigerstyle has connected with fellow turntablists IQ, Irie, Funktion & Steve Nash, Fong Fong, and Vekked for a new scratch routine. All the music in the video was produced by Tigerstyle.

The battle takes place in Krakow, Poland and is co-sponsored by DJcity. For more information, visit IDA’s website.