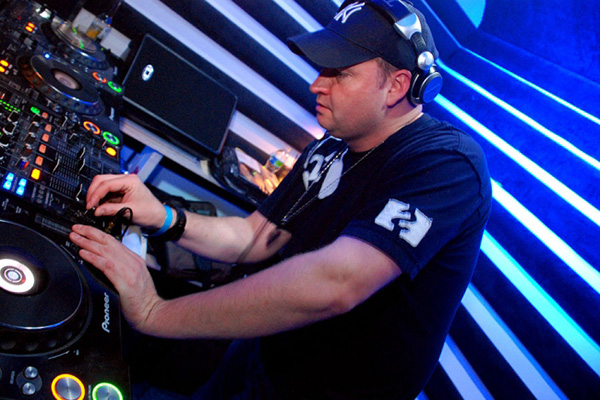 The incident occurred when Dan refused a song request from a female club goer. After multiple attempts, the girl returned to the booth with her male companion who demanded the same song. A presumed boyfriend then threw a punch which barely connected, according to the DJ. The couple were ejected from the club soon after and Dan made an announcement to the crowd which was caught on video.

“The place was packed with my hardcore followers and the vibe was amazing. A girl who obviously did not know anything about me (or the night) kept coming up to me asking for a request I did not have nor would I ever play. I politely told her that I did not have it but if I had a remix of it that I liked I would play it but I just don’t have it. She said ‘How can you not have that? You’re the dj, you should have that. Then at about 1:30 she came back up asking for it again with a guy next to her. I honestly didn’t even realize they were together and trusting that the place was packed with people that came to hear my set, I figured he was a fan and he would hear me out and help me get through to her. Especially since he could see that I was still mixing and could not carry on this conversation. I looked at him and said…can you please explain to her that the track she is asking for is just not my style or sound? Shockingly, he started lunging an at me and said something along the lines of, ‘Bro you need to stop being disrespectful to her and play the song…’ To which I responded that no, actually I don’t! Then he ran up into the dj booth and swung at me, fortunately he missed and barely got me. Right then my friend stepped in between the two of us until the security guards came to have them removed from the club. While this was happening, I shut the music off and pointed right at him and announced ‘This guy just tried to hit me because I wouldn’t play his girl’s mainstream request’. The crowd booed at him and then I made my announcement that was captured on video.”

Dan’s career began in Seattle during the late ’80s where he DJed at local clubs. By the mid ’90s, he relocated to California and became a force in the breakbeat sub-genre, receiving support from Sasha, Digweed, Carl Cox and Pete Tong.