Black Friday is a sh#t show. Who wants to wait in line for hours or fight crowds to save 10% on something they don’t need? Nobody, that’s who. Luckily, we’ve saved you time by compiling some of our favorite BF deals.

GENRE BNDR
Your favorite DJ’s favorite clothing line is giving 25% off of its entire catalog. Use code “BFRIDAY25.”

Orbit Concepts
The company is offering free shipping and customization of its JetPack Prime and Prime XL backpacks.

Jesse Dean Designs
The king of custom gear has cut costs on a slew of portablist accessories.

DJ TechTools
Our favorite DJ tech gurus have slashed prices on a ton of products and accessories. You need to log in to see the deals, but it’s worth the effort.

Serato
The leading DVS manufacturer is offering 50% off select control vinyl as well as discounts on software and merch. Since its release in 2016, Orbit Concepts’ JetPack Slim backpack has become a staple in the DJ community. Its sleek black design can be seen hanging from the shoulders of some of your favorite DJs.

This week, Orbit Concepts announced two new color options for the JetPack Slim: gray and camo. The bags have the same interior as the original model but add a new stylish shell.

To celebrate the launch, Orbit Concepts will offer a limited supply of the JetPack Slim at a promotional price of $99.99 on their website. The offer begins Tuesday, Sept. 25 at 8 a.m. PT. Joshua Hodge, a.k.a. DJ@War, is a veteran DJ and turntablist from the UK. When he recently posted a video of a new scratch training app that he’s working on, we knew we had to get the scoop. Check out the app, skratchEZ, above, and read our convo with Joshua below.

What exactly are we looking at in this video?

This is one part of an application prototype I made for my final computing project. Basically, the concept is like DJ Hero but with real equipment. The game is a call and response: two bars of scratches are played for you, then you respond by trying to imitate what you just heard, and a score is given on how accurate you were. Then the process is repeated.

Awesome. So how did you come up with this idea and why?

It’s actually an idea I’ve had for about four years but didn’t have the skills to make it until last year. I thought, wouldn’t it be amazing if DJ Q-Bert’s DIY DVDs were updated with the technology we have today? Melodics was another big influence as well, with their finger drumming app. So many DJs I’ve met over the years have said, “I wish I could scratch,” but never had the patience to learn. Well, what if it was a game? I think that would motivate a lot of people to get on those decks!

Inspiring! This is obviously in the very early stages. How do you plan to expand development and what’s the overall goal?

Well, my big goal is that I have loads of ideas for the app and want to really push it forward to make it an interactive tool for people to learn and engage with DJing and turntablism. I think to make the app I want, it will take either investment or a collaborative effort with a company such as Serato or Melodics, but I’m going to keep pushing it forward.

I’m sure you’ll be able to drum up interest. Where can DJs who are interested stay up-to-date with your progress? Do you have a timeline for releasing something to the public?

People can check out updates on my programming channel called The Audio Programmer, where I teach people how to make their own VST plugins and audio apps from scratch. Also, I’ll be updating my accounts on Facebook, Instagram, and Twitter. I’d like to try to set up for a controlled alpha release by mid-July. By controlled, I mean it would probably be limited to the Pioneer DJ DJM-S9 and maybe Rane mixers.

Very cool. Thanks for taking the time to speak with us.

Thank you to DJcity for the support! You guys are the best. On August 11, six DJs competed at the Red Bull Thre3style U.S. Finals to determine who would represent their country at the world finals in Chile later this year. Each DJ performed a 15-minute routine, which was judged by DJ Jazzy Jeff, Skratch Bastid, and reigning world champion, DJ Byte. In the end, DJ Trayze took first place, Boi Jeanius placed second, and Jaycee came in at third. Watch all six of the routines below and let us know what you think. 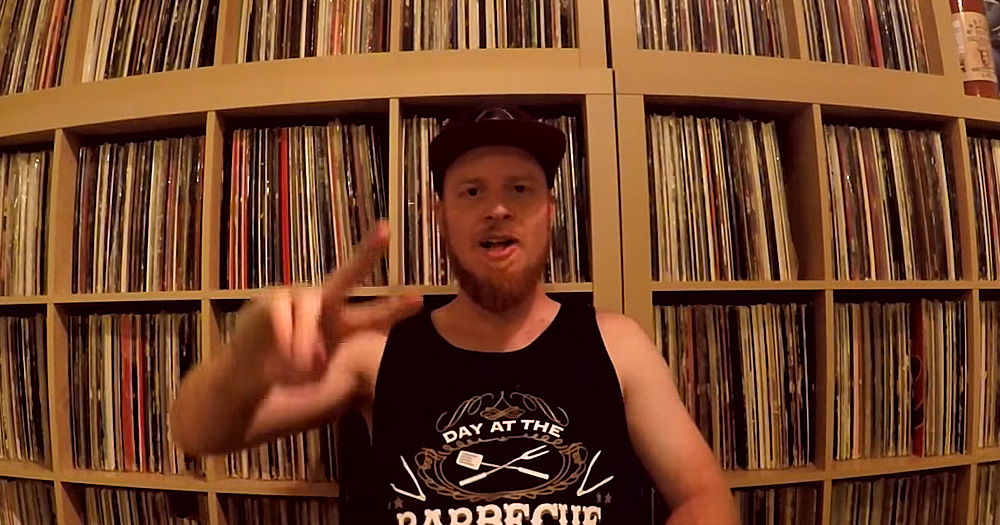