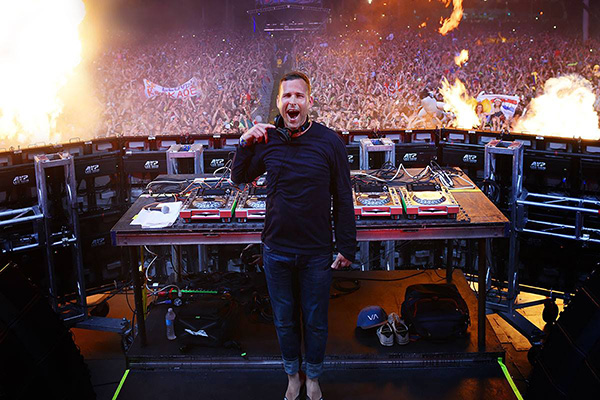 Earlier today, Kaskade revealed that 70% of his uploads have been taken down by SoundCloud. The legendary house DJ/producer spoke out about the situation in a series of tweets:

I have gotten 32 emails like this over the past 2 days… *end of an era pic.twitter.com/LRT9IUqJrM

I imagine over the next week my entire sound cloud will be taken down. Sorry but there is nothing I can do here.

It's a bummer as I have worked to build that page up and put great stuff on there. (*shrugs shoulders) ahhh well.

Kaskade then announced that he’ll be building his own direct-to-fan site, which we presume will be similar to the one Deadmau5 launched last year:

It didn’t take long for Kaskade’s label Ultra Music to respond though. The company’s reply suggests that they’re currently working with SoundCloud to restore his content:

Nice! Just wanna share w/ others. Is that so wrong? “@ultrarecords: @kaskade we don't know how it happened, but it should be back up asap!”

Even if Kaskade gets his content back, the current situation reaffirms concerns that SoundCloud is increasingly becoming a hostile platform for DJs and producers.

Recent reports have indicated that SoundCloud is in talks with major labels to stem the tide of “unauthorized uploads.” This has led many analysts to believe that the current barrage of take down notices are a result of possible negotiations.

So how will this affect the DJ and producer community at large? Numerous people have reported similar issues in recent weeks, but many of them aren’t fortunate enough to have the relationships and leverage of artists such as Kaskade.

Have you been affected by take down notices from SoundCloud? Do you have plans to switch to another service? Let us know by leaving a comment below.