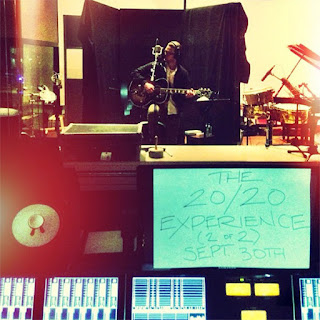 Up until the release of his comeback album the 20/20 Experience, which grabbed the number one spot in charts and sold just under a million copies within the first week, the talented Justin Timberlake had not released new music since 2006. Now, he will team up again with producer Timbaland to release part 2 only six months after its debut.

The news was announced via Timberlake’s Instagram where he posted a photo of himself in the studio with a handwritten caption “The 20/20 experience 2 of 2 Sept 30th.” This photo generated almost 50,000 views within the first hour it was posted.