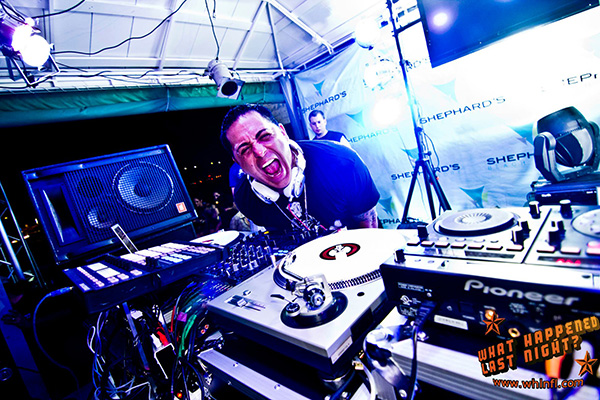 Skribble told the celebrity news website that his $3,500 per gig deal was killed when the club hired new management.

Skribble, who’s famous for DJing on MTV in the 1990’s and 2000’s, says the new management cancelled his advertising and promotion and slandered him by telling customers that he should “be put in the bathroom to play.”

He says Chateau owes him $42,000 for the cancelled gigs but he’s suing for more than $1 million for breaching the contract and damaging his name.

Related: A Brief History of DJs Being Kicked Off the Decks