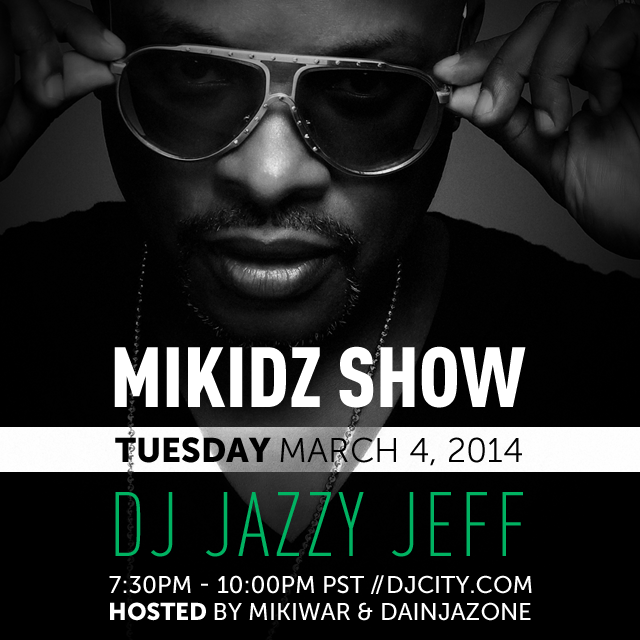 Do you want to attend our next MikiDz Show featuring DJ Jazzy Jeff in Los Angeles on March 4? Submit a photo today for a chance to win two passes!

How to Enter:
Post a screenshot or photo to Instagram or Twitter of your favorite scene from Season 2 of DJ Jazzy Jeff’s Vinyl Destination and include what city you’re watching from. You must use the official hashtag #DJcityDJJazzyJeff and tag @djcity, @vinyl_destination and @djjazzyjeff.

The winning photo will be announced on March 2 by 12pm PST. DJcity’s MikiDz Show is filmed in Culver City, CA and begins at 7:30pm PST.