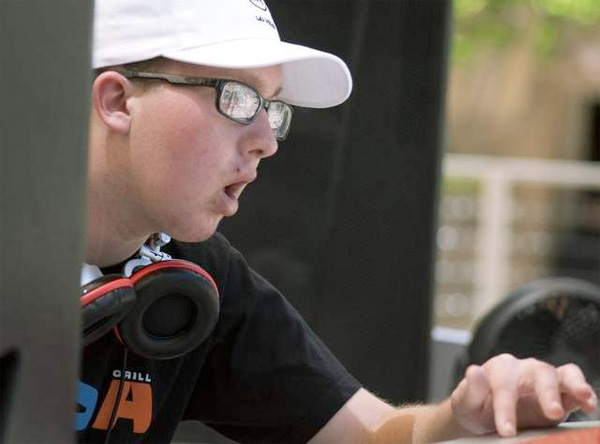 A 16-year-old from Denver has achieved his life-long dream of DJing a Vegas club after doctors gave him only weeks to live.

Tanner Seebaum aka DJ Seebaum, has struggled with a brain tumor for most of his life. After years in remission, doctors told him last year that the cancer had returned and would slowly take over his brain. Two weeks ago, Tanner received news that he had weeks to live so his parents did everything they could to make his dream come true.

“DJ Seebaum has played a few shows in Denver – including Digital Circus, but it has been his dream to play in Las Vegas – the DJ mecca of the United States. About one month ago, his family reached out to DJ Mash Up King (Landon Dyksterhouse), who plays at Hard Rock’s Body English. Dyksterhouse spoke to Mike Goodwin, vice president of daylife and nightlife at the Hard Rock.”

Weeks later, his dream came true and Seebaum DJed at Rehab Pool during the weekend of Electric Daisy Carnival. Despite having one of the worst days he’s had, Seebaum rocked the party the next day without any issues.

DJ Mash Up King said this about his set, “He can definitely hold it down. I’ve never heard a 16-year-old play as good as he can play.”