Riding high on the success of their last single “Pull Up,” the L.A. Leakers have released a new club anthem, “Ball Like This,” featuring Future, Wiz Khalifa, and Kid Ink. The track features production from DJ Khalil, Salva, Mike N Keys, and the Leakers themselves.

The Leakers said in a statement, “‘Ball Like This’ celebrates the aspirations of the kid growing up in South Central to the kid creating that new tech start up. We all make sacrifices to get where we want to be.”

Stream the track below and download it on DJcity.

Related: DJ Khalil Breaks Down the Production for Aloe Blacc’s ‘The Man’ Although best known in dance music circles, Salva has been making rap beats for years, and his last project was intended to prove that he’s a legit producer of the genre.

His gritty Peacemaker mixtape, which was released in November, features rap legends E-40 and Kurupt and newer artists such as ScHoolboy Q, Problem, Young Thug and A$AP Ferg.

FACT TV recently caught up with the Los Angeles-based producer to discuss the project and what it’s like being an artist in today’s dynamic and fast-moving world. Watch the four-minute interview below and check out Salva’s music on DJcity.

“I could drop a big vocal house ballad tomorrow, and no one would think twice, and then follow up with a super-hard west coast gangsta rap song.”

Related: Salva is Rooting for Hip-Hop as EDM Rises Los Angeles-based DJ/producer Salva is known for delivering adventurous and bass-heavy tracks that straddle the worlds of hip-hop and dance. His breakout came in 2012 when he teamed with RL Grime for a remix of Kanye West’s “Mercy,” which has received extensive club and radio play, not to mention over five million SoundCloud streams.

While his style has distinct electronic influences, the Chicago-bred producer grew up on hip-hop and turntablism and still believes the genre has creative potential despite EDM’s increasing dominance.

“[EDM has] been done to death and personally I’m rooting for the hip-hop revival. . . . there’s still room for innovation in hip-hop music and R&B music.”

In May, Salva released “Drop That B#tch” — a collaboration with rappers Schoolboy Q, Kurupt, Problem, and Bad Lucc. The track became one of the most-downloaded on DJcity of the month and set the stage for producing an original for Young Thug.

Red Bull Music Academy recently spoke with Salva, who’s an alumni of the school, to discuss his approach to producing and mission to help revive hip-hop. 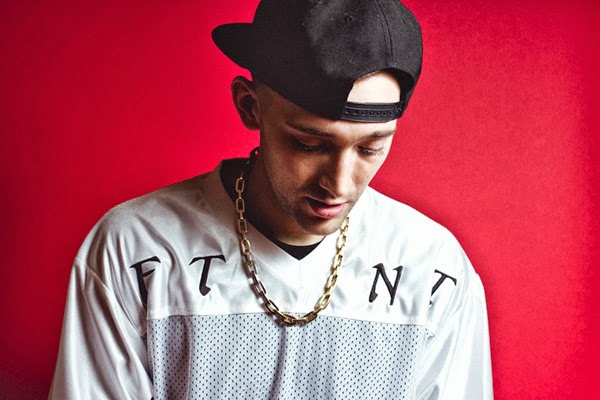 Chicago-born DJ/producer Salva has posted his recent and highly-acclaimed “Jump Off Mix” for Los Angeles’s Power 106 FM. The 34 minute set was first aired August 16, 2013 and features various hip-hop, twerk and trap bangers including many remixes. Props to Salva for putting together one of the most original “Jump Off” mixes we’ve heard in a while.