As part of their “Magnum Opus” series, Complex spoke with LL Cool J, Rick Rubin, Russell Simmons and others that were involved in making LL’s historic record, “Rock the Bells.” The track was one of his earliest hits and is considered one of the greatest rap songs of all-time. It’s Throwback Thursday and what better way to celebrate than with a video about the birth of hip-hop and Def Jam Recordings?

In a new documentary from Rolling Stone Films, Def Jam co-founder Rick Rubin returns to the New York University dorm room where he founded the label 30 years ago.

One of the most interesting parts is when Rubin discusses how DJs and the music they playied at clubs inspired Def Jam’s innovative sound:

After recounting the label history’s from its humble birth to its monumental rise, Rubin concludes with a timeless piece of advice:

“It’s what you can bring to it to make it special and beautiful and personal. Make it yours. That’s the thing that can change the world.”

Eminem has announced the release date for his new album, The Marshall Mathers LP 2. The album will be released November 5, 2013 on Aftermath Entertainment/Interscope Records and feature executive production from Dr. Dre and Rick Rubin.

The first single, “Berzerk,” is available now on DJcity and hits retail tomorrow. The track was produced by Rick Rubin. 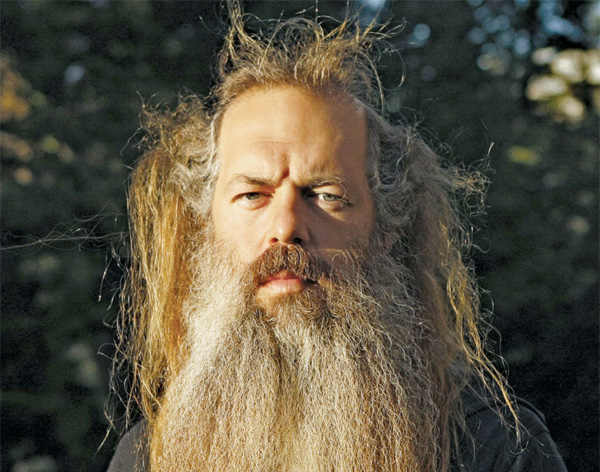 It’s reasonable to say that music wouldn’t be the same without Rick Rubin’s contributions. After co-founding Def Jam Recordings in 1984 with Russell Simmons, Rubin has steadily amassed an incredible discography – producing some of the most influential records of all-time. His production credits include the Beastie Boys, LL Cool J, Run-D.M.C., Red Hot Chili Peppers, Metallica, Adele, Kanye West…the list goes on.

In a recent interview with Newsweek, Rubin sheds light on what it was like executive producing Kanye West’s Yeezus in a staggering 16 days. Rubin also touches on a multitude of topics including his early transition from punk rock to hip-hop, The Beatles, the formula for a great song and more.

In-depth interviews with legends of this caliber are rare. We recommended reading the entire interview and soaking up the wisdom and knowledge.

“There’s a tremendous power in using the least amount of information to get a point across.” – Rick Rubin