It wouldn’t be fair to discuss Future’s success without mentioning his frequent collaborator, Metro Boomin. The St. Louis-born producer has been a key component of Futch’s sound since 2013, having produced or co-produced singles like “Honest,” “Where Ya At,” “Jumpman,” “Big Rings,” and most recently, “Low Life.”

With his popularity on the rise, Metro sat down with DJ Drama on Shade 45 to discuss his work with Future, being one of the most influential producers in hip-hop, his upcoming EscoBoomin project with Future’s DJ and more. 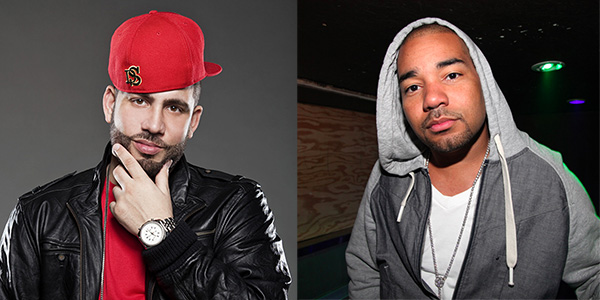 Last week, DJ Drama topped by “The Breakfast Club” to catch up and discuss new music. The interview took an unexpected turn though when co-host DJ Envy spoke candidly about his disappointment regarding a failed mixtape collaboration between Drama and the show (skip to the 12:33 mark).

The two proceeded to go back and forth about the issue on live radio, eventually coming to a mutual understanding and settling the dispute. Their discussion sheds light on the tricky situations that DJs and other music industry professionals often face.