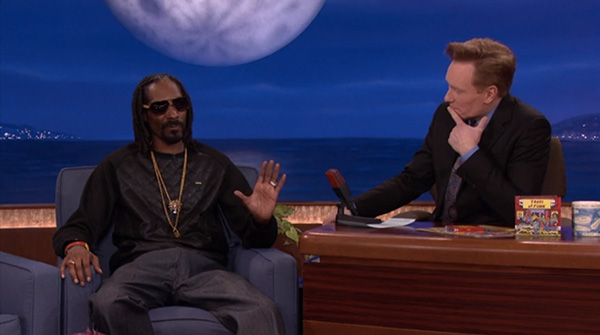 Last night Snoop Dogg was on Conan to discuss his new album with Pasadena-based DJ/producer Dam-Funk.

Seven Days of Funk is a change from Snoop’s rastafarian persona and celebrates the funk influence that’s been present during his whole career.