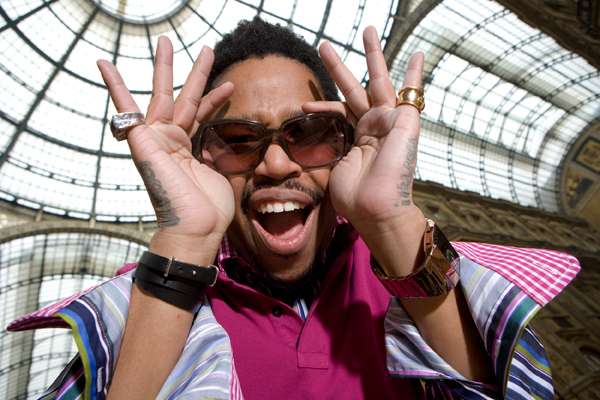 In a recent interview with Beatport, legendary house DJ/producer Felix Da Housecat discussed a bunch of topics including his recent move to London, the definition of “electroclash” and more. However, his thoughts on the current state of EDM are particularly interesting. For those who don’t know, Felix has produced originals and remixes for numerous acts including Diddy, Madonna and Britney Spears. He’s also regarded as a pivotal figure in the second wave of Chicago house.

When Beatport mentioned that many creative producers don’t like being “put in a box” and “pigeonholed”, Felix replied, “Look at Daft Punk. When they go into the studio they’re not thinking, ‘I’m going to make a song and it’s going to go to #1.’ They just go in to make music they like making.”

Felix makes a valid point: Daft Punk is famously creative and wasn’t looking to please the “masses” with their latest release, Random Access Memories. Based on behind the scenes videos and interviews they conducted prior to the release, Daft Punk went into the studio and created what they wanted (it’s worth noting that despite receiving mixed reviews, the album recently scored its second week at #1 on the Billboard 200 chart).

Felix continued, “Now with EDM, you have people plotting, trying to sit down with the five best writers and five of the best engineers. They’re saying, ‘We’re going to chart this one, we’re going to make money on it, we’ll go to Vegas, we’ll make sure everybody wears their suits and see how many bottles they’ll buy, and we’re going to put the DJ up there.’ And he’s just going to be a jukebox. And in every club, they’ll play the same music. It’s like propaganda. It’s a nightmare.”

It seems as though the recent explosion of EDM has exposed the community to an issue that other genres have faced for decades: “selling out.” Nobody can deny that their aren’t DJs and producers trying to make a quick buck by riding the “EDM wave” but the definition of “selling out” is debatable and not everybody agrees on where the line should be drawn.