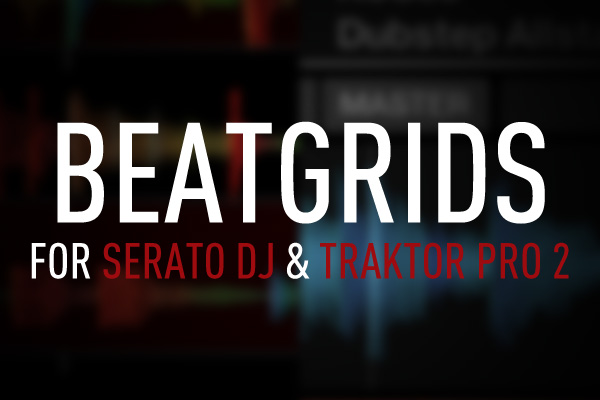 During the past several months, DJcity has been including something extra in our music files. Today, we’re happy to officially announce that all new tracks in our catalog will include beatgrids for Serato DJ and Traktor Pro 2.

What are beatgrids?
Beatgrids are markers that indicate the precise location of beats within a track. They’re embedded in MP3s just like cue points and overviews, and are accessible within Serato DJ and Traktor Pro 2.

How are beatgrids used?
Beatgrids are more accurate than a track’s embedded BPM value. As a result, Serato DJ’s effects and looping functions are now exact. Beatgrids can also be used to enable Smart Sync, and as a visual aid to quickly determine the locations of beats within a song. (Note: Serato DJ’s Smart Sync requires beatgrids but Simple Sync doesn’t.)

How do I create beatgrids?
DJcity has already done the work for you. Simply load the file into Serato DJ or Traktor Pro 2 and you’re ready to go.

What are the limitations of beatgrids?
We’ve identified two circumstances where beatgrids give unexpected results:

Serato DJ and Traktor Pro 2 support multiple beatgrids for tracks that transition from one BPM to another (beatgrids match both BPM values). However, we’ve noticed that after applying the second beatgrid, the resulting BPM value is wrong (it represents the final BPM — not the initial). Based on DJ feedback, DJcity has decided to beatgrid only the initial portion of transition tracks.

Some songs don’t have a constant BPM. Drifting BPMs can occur for several reasons and are primarily found in rock music and live recordings. DJcity doesn’t provide beatgrids for these tracks but cue points and overviews are still included.

Where can I find more information?
Additional information about beatgrids can be found on Serato and Traktor’s websites.