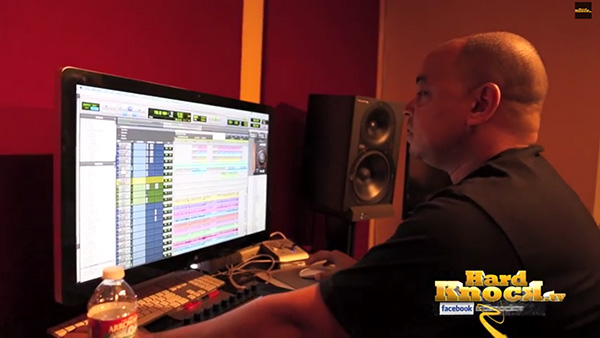 Grammy-winning producer DJ Khalil recently spoke with Hard Knock TV about producing Aloe Blacc’s single, “The Man.” The track was featured in a Beats by Dre commercial during the 2013 NFL playoffs and peaked at #8 on the Billboard Hot 100 chart.

Khalil, who’s also an in-house producer for Dr. Dre, has helped craft tracks for the likes of Eminem, JAY Z, Drake, Nas, 50 Cent, Kendrick Lamar, and many others. His credits are impressive to say the least and we recommended checking out his discography if you’re interested in learning more.

In the video below, which includes exclusive session footage, the Los Angeles-based producer breaks down how Blacc’s “The Man” was put together from start to finish: