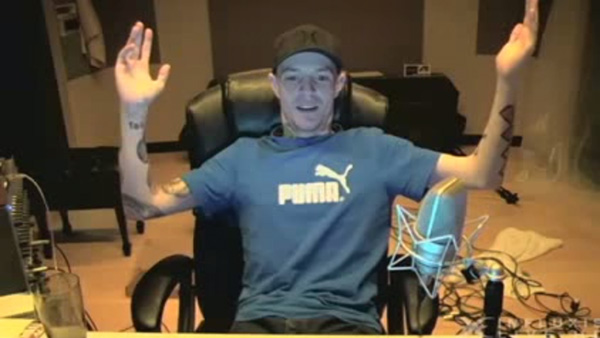 Footage of a Deadmau5 live streaming session that shows the moment when he discovered the vocals for “The Veldt” has resurfaced on the Internet.

The hit song was initially created during the 2012 session and has since become a staple in Deadmau5’s live sets.

The video shows Deadmau5 aka Joel Zimmerman receiving vocals from Chris James, a singer from Long Beach, California. Zimmerman’s reaction is priceless: the DJ/producer expects something bad but gets blown away when he hears James’ voice and lyrics.

Chris James can also be heard on Arty’s “Together We Are” and Hot Mouth’s “Totally Worth It,” among other tracks.