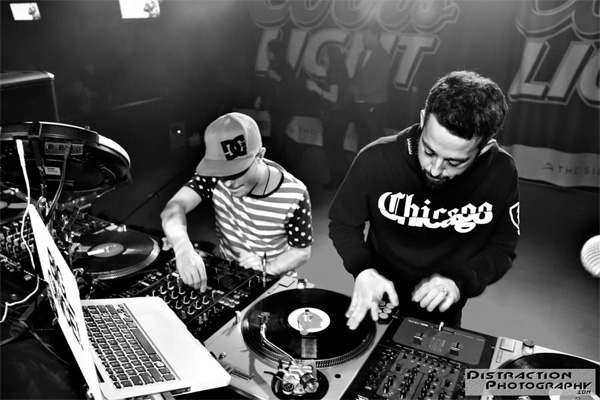 Current Red Bull Thre3style US Champion Trentino and 2011 US Champion Big Once have formed a new duo called BOAT.

The fellow Chicagans have released a new video to promote their group which they’ve described as “2 champions, 4 turntables, 3 mixers, 1 live-ass show.”

Big Once and Trentino were also featured in DJcityTV’s Chicago edition of the “Cutting Room” which is considered one of the best episodes from the series: