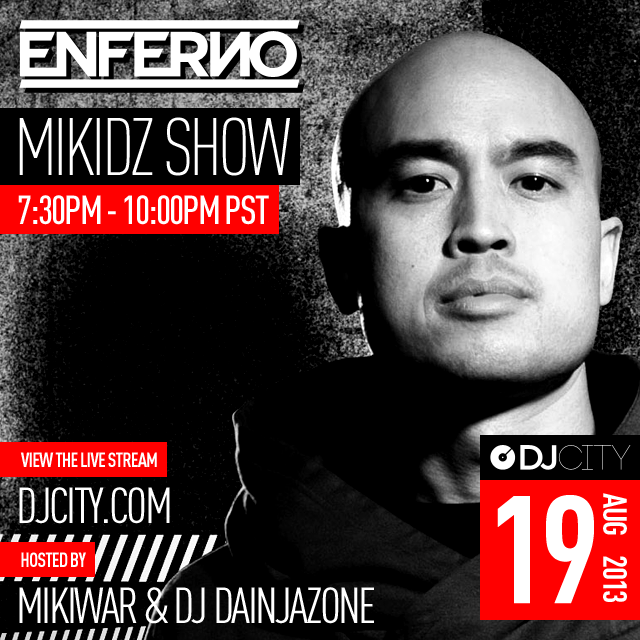 In 2009, Washington DC-based DJ/producer Enferno rocked the MikiDz Show. His appearance was one of the show’s most memorable and we’re thrilled to have him back tonight!

While best known for winning the 2003 DMC US Championship and touring with Madonna in 2008-2009, Enferno has since grown his following and become one of the most talented, and entertaining DJs/producers in the game.

Enferno’s performance will feature his “Live Remix Project” — a one‐man band playing and sampling synths, drum controllers and turntables to create live music. We can’t wait to see what transpires during next week’s show!

Watch him LIVE tonight at 7:30pm PST on DJcity.com