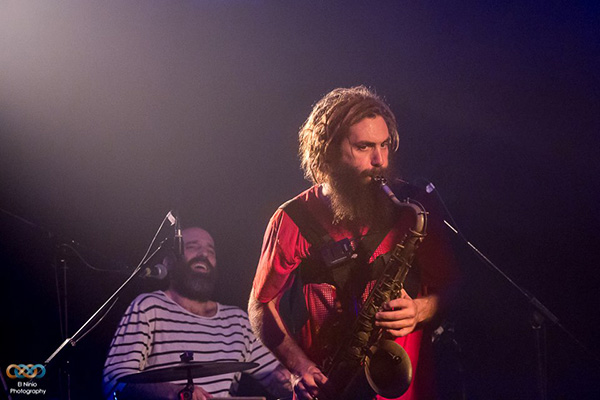 As of today, Jason Derulo’s “Talk Dirty” has been on the Billboard Hot 100 chart for 20 consecutive weeks. The track has proven to be a worldwide hit, and continues to receive extensive club and radio play.

Derulo’s “Talk Dirty” wouldn’t be the same without the Middle Eastern-sounding sample that’s featured in the chorus, though. The infectious saxophone riff is one of the track’s most recognizable sounds.

PRI’s The World recently spoke with Balkan Beat Box, the Brooklyn-based Israeli trio behind the sample, to discover how their 2007 song “Hermetico” came about and the influence behind it.

“I try to play the saxophone as if I’m playing a double-reed instrument like the zurna, kind of a Turkish oboe, because I like it to sound distorted and messed-up.”

The show also spoke with the producer of “Talk Dirty,” Ricky Reed, who revealed that his own part of the production took “3 or 4 hours.” He credits A&R director Miles Beard for “discovering ‘Hermetico’ being played in the clubs of Tel Aviv.”