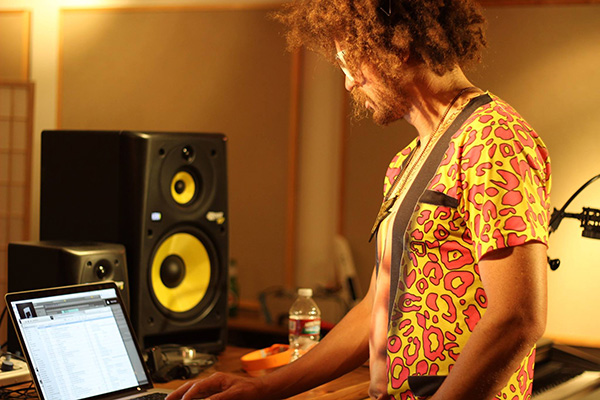 LMFAO’s Redfoo has fired back at a fan who accused him of using a ghost producer.

His response was prompted by a fan’s comment about a photo of Dimitri Vegas & Like Mike and him in the studio working on a new project.

The comment insinuated that the former LMFAO member and the EDM duo were using a ghost producer:

Redfoo kept it professional though, responding to the fan with hard facts albeit with a couple jokes: 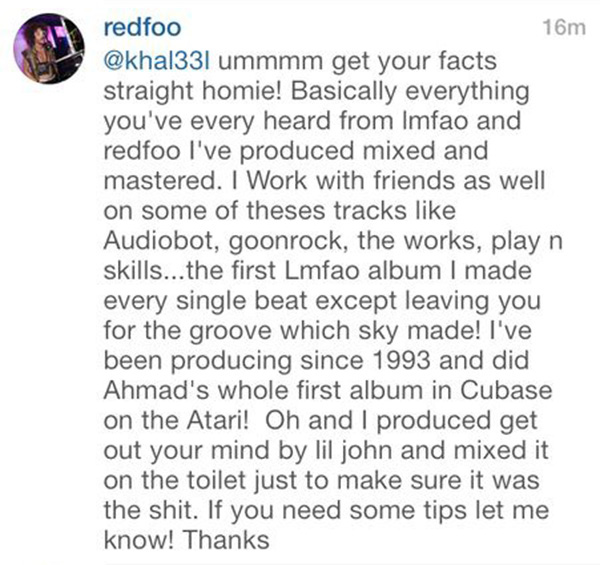 Both the fan’s and Redfoo’s comments have since been deleted but Redfoo’s DJ and MikiDz Show co-host DJ Dainjazone provided us with the screenshots above.