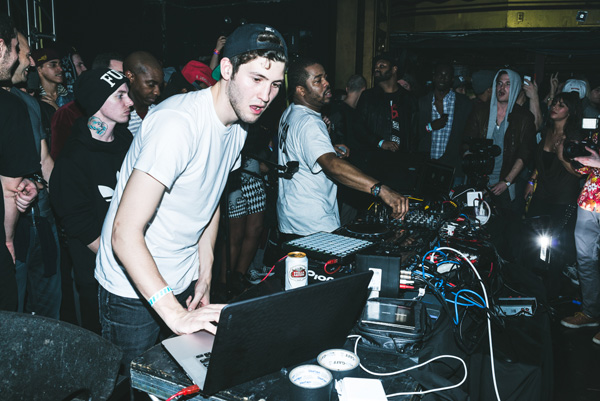 According to Billboard, Priority will now be a “producer-driven label focusing on electronic and progressive urban music” and formally launch on August 13 with Just Blaze and Baauer’s “Higher.” The track was released earlier this year on SoundCloud and has received a hefty 1.6 million plays.

Priority will be led by Insurgency co-founder Michael Cohen, which is comprised of Complete Control Management, United Management, Undocumented Management and Mixed Management. Aside from Baauer, artists signed to those companies include: RL Grime, Wolfgang Gartner, Dada Life and Bloc Party.

Considering the roster and players involved, we can’t wait to hear what’s on the horizon. Here’s what Capitol Music Group chairman/CEO Steve Barnett had to say:

“We’re so respectful of Priority’s important role in Capitol’s history…but it was also a street label focusing on music that thrives outside the mainstream. And that’s exactly what Michael and his team have been doing. They have a strong vision of the new generation of electronic and progressive urban music. Baauer was the first indication of that.”