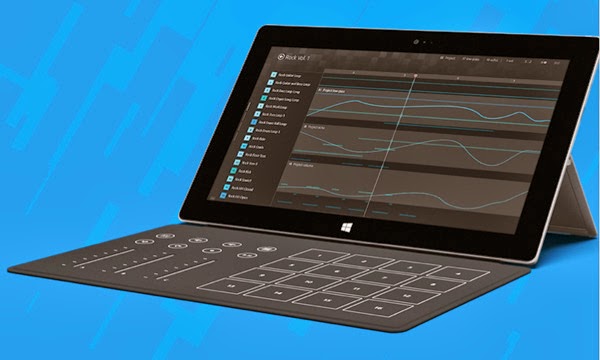 Microsoft has released a limited edition cover aimed at DJs and producers for its Surface touchscreen computer.

“The Music Cover” replaces standard keys with media control buttons, volume sliders, and keys that can be mapped to functions in a piece of special software that works in conjunction with Xbox Music.

We haven’t experimented with the cover or its associated software yet but look forward to seeing how it works.

Microsoft is also running a remix contest to build awareness of Surface and the new cover. Winners will receive a Surface Music Kit and a Surface 2 for free.

Below is a video of Joe Hahn from Linkin Park using the new Surface Music Cover: