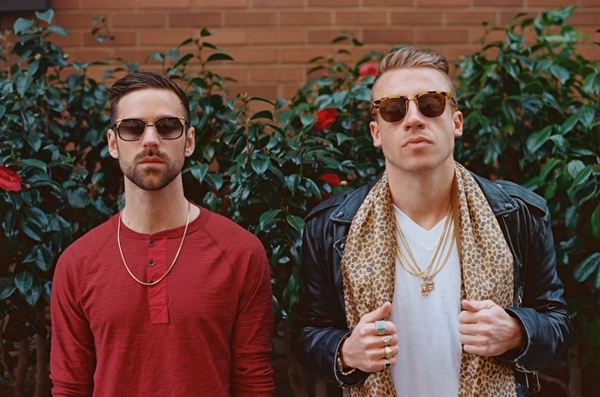 After the success of Macklemore & Ryan Lewis’s first single “Thrift Shop,” their most recent single “Can’t Hold Us” officially hit platinum a few weeks ago and has climbed its way to the number one spot in Billboard’s Top 100. The record features Ray Dalton and is the second single from their album, The Heist.

The Seattle duo made Billboard history as the only group in the chart’s five decade history to have their first two singles hit number one.

In addition to topping the charts, “Can’t Hold Us” sold 262,000 copies this week and is going on its third week at number one on the Hot R&B/Hip-Hop Songs chart.