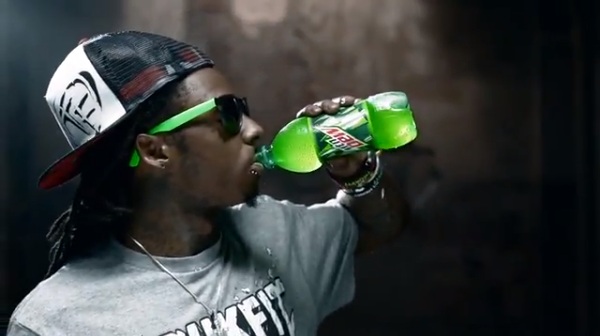 A few weeks after Rick Ross was dropped by Reebok for his alleged pro-rape lyrics, PepsiCo has announced that it’s cutting ties with Lil Wayne due to his offensive lyrics regarding Civil Rights martyr Emmitt Till.

The controversial lyrics can be heard on Future’s “Karate Chop” in which Wayne says, “Beat that p#ssy up like Emmett Till.”

While some see it as harmless, others are offended due to Emmett’s brutal killing which was racially motivated. His murderers were eventually acquitted by an all-white jury and the case became a pivotal event motivating the African-American Civil Rights Movement.

Naturally, Till’s family was offended by the lyrics and have been pressing for an apology and a chance to meet with Wayne since earlier this year. Wayne finally offered a written apology this week but Till’s family didn’t buy it and PepsiCo has bowed to the pressure.

Ross and Wayne aren’t the only rappers in trouble with sponsors though. Earlier this week, Mountain Drew pulled an ad directed by Tyler, the Creator after it was criticized for portraying racial stereotypes and making light of violence toward women. Scholar Dr. Boyce Watkins called it “arguably the most racist commercial in history.”