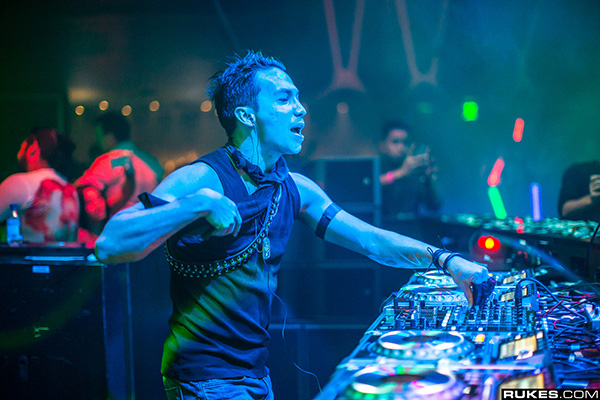 Last Thursday, a video surfaced of Steve Aoki, Laidback Luke and Sander Van Doorn performing together at a party during Miami Music Week. The video included fictitious captions which were intended to poke fun at “button pushing” DJs who play pre-recorded sets.

While many fans consider this video as just a joke, others have used it as a way to hate on EDM DJs including Laidback Luke. Apparently the Dutch DJ didn’t find it funny though, and responded with a video of him juggling live at a recent show in Philadelphia.