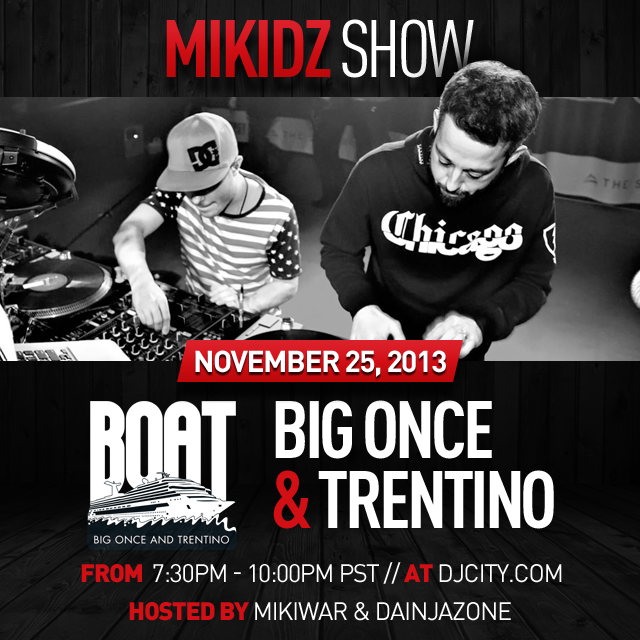 Back in September, Red Bull Thre3style US Champions Big Once (2011) and Trentino (2013) excited turntablist fans by forming a group called BOAT. Today, we are happy to announce that BOAT is scheduled to perform on this month’s MikiDz Show. The Chicago-based DJs will perform a 2×4 set on November 25, 2013 at 7:30pm PST.

Earlier this year, DJcityTV showcased Big Once and Trentino’s scratch skills in the Chicago edition of the Cutting Room. Considered by many fans to be the best episode so far, the video has received over 36,000 views and worldwide acclaim. We also recommend watching BOAT’s debut video below for a taste of what to expect: