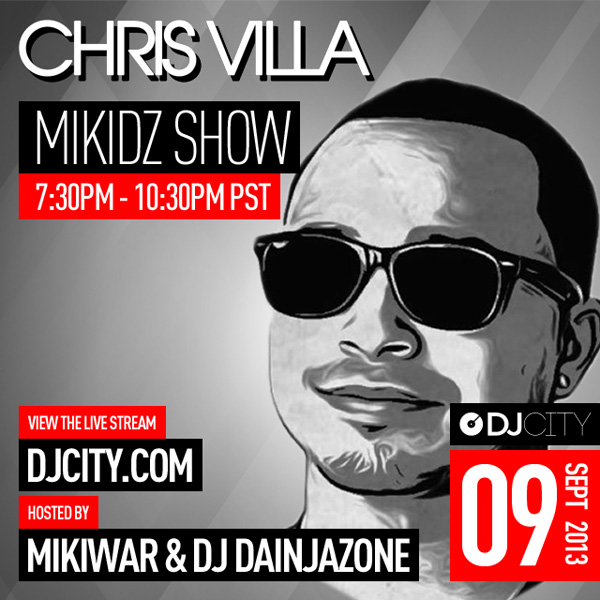 DJcity is proud to have DJ Chris Villa on the MikiDz Show for the first time next Monday, September 9, 2013.

Few DJs possess the versatility of Arizona’s Chris Villa. With weekly mix shows at Phoenix’s Power 98.3 and San Francisco’s legendary WiLD 94.9, Villa is also the former DJ for the Phoenix Suns and a Red Bull Thre3style contender. His technical prowess, in-depth music knowledge and ability smash parties has earned him a reputation as one of the most entertaining DJs in the country.