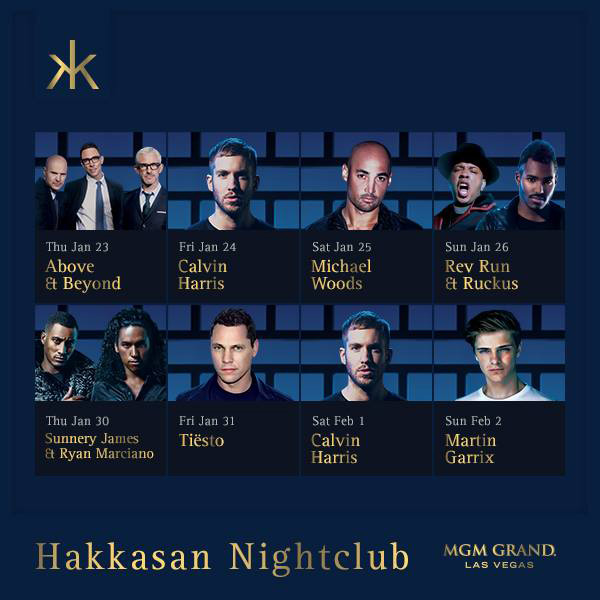 The lineup includes some of EDM’s biggest names including previous residents Calvin Harris, Hardwell, Steve Aoki and Tiesto, along with new residents Afrojack, Above & Beyond, and W&W.

17-year-old Martin Garrix will also make his Vegas debut at Hakkasan on February 2 as part of his first U.S. tour.

The mega-club also announced Hakkasan Radio Show — a weekly podcast that will bring fans new tracks, club news and mixes from top DJs. You can subscribe and listen to the first episode on iTunes.